DJ Katapila’s enigmatic debut record, Trotro, released in 2016, formalized a technique of reinventing electronic sounds by DJs and sound engineers in Ga communities across Accra and giving the hybrid sound a new space. For Katapila it was a chance to catapult his skill and influence whilst staying true to the social structures that form the architecture of his music. It is no surprise that he is following up that project with an EP that expands on his love for snappy percussion and social commentary.

The DJ turned African electronic music aficionado is set to release Aroo, a 4-track EP via Awesome Tapes from Africa on March 23. The minimized project feels in some way an extension of Trotro as they both contain similar stylistic elements from the drum patterns and vocal melodies to thematic structures. The new tape unfolds with the title track, Aroo, name after wooden Bedford trucks from the colonial era which were nicknamed “Aroo-glass” in Accra. The speedy record is marked by his signature horns and whistles over pacy 808 and 909 loops as his daughter, with a slightly firmer yet playful voice, chants the phrases in the song. Indeed, Aroo typifies Katapila’s style and warms listeners up in expectant fashion for the rest of the tape. 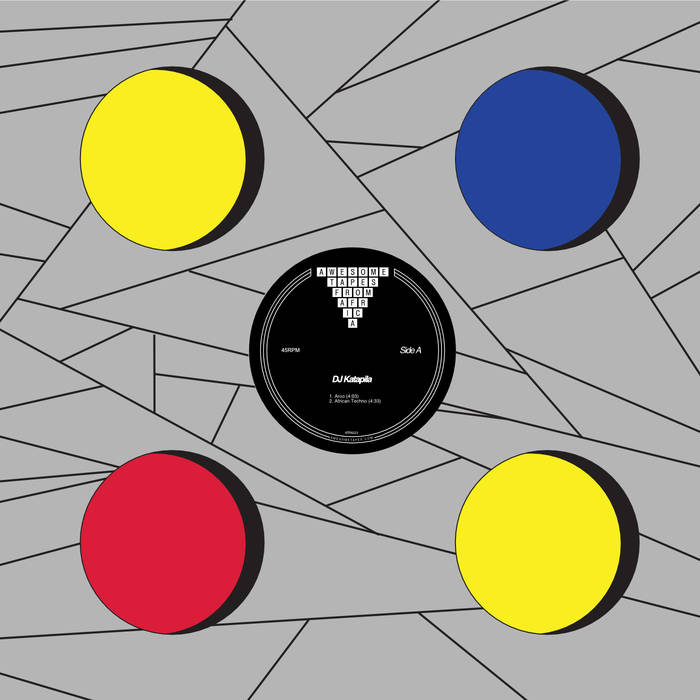 Ghana Baby DJ, another standout cut on the 4 track EP features cosmic electric guitar riff from the punk era, punctuated by an air-horn progression, that is typical of most “gbe ohe” songs. It gives the song a soft and temperate bounce similar to what producers were doing in the Azonto age of popular Ghanaian music.

The EP cohesively corroborates the core elements of Katapila’s style by affirming his love for certain stylistic principles like the horns, chants and snappy drums, a staple in coastal dance music in Ghana. The tape also gives you glimpses into his use of social commentary to soften typically harsh sounds. His daughter, the lead vocalist and instrument in way on the tapes keeps repeating certain phrases mostly, in Ga language which form a gig saw-like portrait of the circumstances that inspired the sounds. However, unlike on Trotro, the vocal samples do not necessarily build towards a resounding statement and feel out of place sometimes.

For Katapila, this EP represent an exploration of the freedom and luxury afford him by success yet it fails to make any tremendous statement that sticks with you. However, you’re still mesmerized into blissful dance, in typical Katapila fashion, with hard hitting bass and kinetic chords, straight from the streets of Accra.