Music, regardless of the time, place or culture from which it emerges is always about emotion. Sometimes the best way to reach those latent emotions hiding behind the monotony of our days, be it an iridescent joy or a smoldering pain, is by alloying the sound with memory. On DRC-born South Africa artist Tresor’s third studio album, he manages to do just this be rooting his sound in the memories of the past, evoking the power of timeless funk that transports you to a specific feeling.

Aptly titled Nostalgia, the 13-track album released in January 2019 via VII Recordings is a masterclass in weaponizing sound to evoke vivid emotions and transport listeners to memories resting in the forgotten chests in their minds. Inspired by the music of his childhood, Tresor balances various elements of 1980’s popular African music, from the choral textures of township folk ballads to the glistening and syrupy synth pop jams to engineer an atmosphere of warmth similar to what one might feel when digging through blissful memories of the past. Despite the sonic signature sounding familiar throughout, Tresor’s presence, highlighted by a calm yet powerful voice brings a refreshing tint to the lush sonic atmospheres he creates on the project. The album opens with the gently throbbing Silale featuring The Soil. With a low end kick pacing the delivery, the songs established Tresor’s unique quality of borrowing from inspired musical moments, a leitmotif that threads the project with machined precision. The song almost feels like an opening prayer from a South African township choir setting the pace, yet leaving ample room for a richer spectrum to follow. Indeed, the next song, Afrodite, which also appeared on Beatenberg’s blissful sophomore album is in a completely different direction as Tresor lends his silky vocals to the Cape Town indie-pop giants as they croon together on what is a minimal ballad with comforting beeps and a lazy afternoon by the poolside vibe.

The other standout cuts however, as promised by the album title, tend to deliver more of the African electronic funk sound from the 1980’s following the growth in popularity of various consumer sound synthesis devices and global explosion of funk. Electric Night featuring AKA from instance, was engineered to thrive on dancefloors where black bodies would gel into milky galaxies under glittering crystal balls and rotating gel light diffused by smoke. The production on this song which features a heavy yet somewhat robotic drum loop complete with beep and click as well as deeply harmonic synth lines is simple enough for Tresor to float over with his charged falsetto, like a magic carpet. Sondela with Msaki is another amazing song from this project that leans more toward Larry Heard’s very early house experiments with a charging 808 kick and snappy snares that punctuates the drawn out church organ like chords that give this song an expectant and solemn vibe. Msaki’s verse and pre-chorus then elevate the cloudy night time mood. Despite coming across as minimal, the song is charged with emotion, transmitted to listen by the mesmerizing vocal delivery and sonic arrangements. 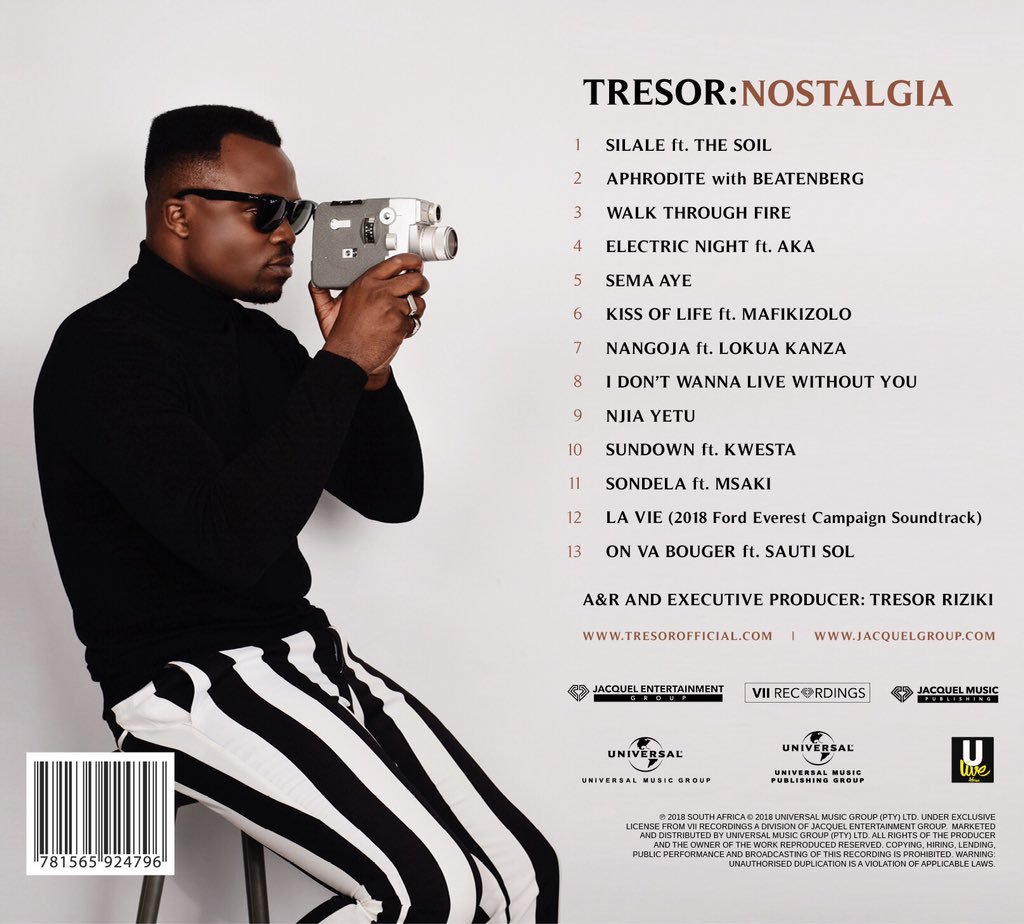 The tradition of Sankofa, revisiting the past to reimagine the future, is not new in contemporary African music. How it can be quite challenging to define a niche in something that is familiar and make it sound refreshing. Yet this is Tresor’s strongest suit on the project. His temperate and velvety voice glides over the waxed instrumentation to produce stunning musical moments of bliss. Regardless of the sub-genre or song, he manages to serve up arrangements and motifs that subtly embellish the rhythms you are already familiar with like sprinkles on a donut. This elevates the listening experience beyond a journey to the past to become an exploration of the future. Nostalgia rather than being an exercise in nostalgia is a demonstration of the power of subtly refinements, reinforcing Tresor’s brilliance in bringing out the best from what already exists in the zeitgeist.

Tresor’s Nostalgia is definitely up there with some of the very well written and composed bodies of music reviewed on this website. The project is a testament to the diversity of the contemporary African sound as it offers an alternative joy to the pulsating and algorithmic “afrobeat” sound. Much like Pierre Kwenders, Chino Amobi and Beatenberg, Tresor via Nostalgia expands the scope of what our lives as Africans can sound like. Indeed, this is made possible by grounding the album in the music of his childhood drawing of the intrinsic rhythms and melodies that are enveloped in his memories of the past, made fresh by the voice of the present.