Kiki Gyan was undoubtedly one of Ghana’s finest artistic talent of all time with a metaphysical understanding of sound, harmony and composition that deified him in the 1970s and took him around the world by the age of 18. His music, as a solo musician, writer/composer, arranger and session music and also as part of superstar afro-fusion band Osibisa will forever be the soundtrack to a lot of honeyed moments for most ghanaian families as well as the fans from all over the world who had the chance to see him entrance audiences with their mesmerizing spiritual funk and disco hits.

Sometimes talent is just not enough, and even the most gifted of us crumpled under the weight of creating magic. Kiki Gyan’s Icarus-like demise enshrined him into every cautionary tale about the destructive power of addiction. This year marks 15 years since his transition and his music seems to be fading more and more into obscurity. 24 Hours In A Disco 1978-82 , a posthumous electrifying collection of seven of his magnificent disco cuts remains the only testament of his wizardry. However, the sheer musical dexterity he showed is rarely celebrated or afforded the legendary status it deserves.

We set about the task of trying to catalog of his magical moments here for anyone interested in discovering what made Kiki Gyan special. However, this task is especially difficult as it is well known that he was not always credited for his work, especially as a session musician. However, in no particular order, here are a quick look at cuts that keep his spirit alive.

It would be criminal not to begin with Keep On Dancing. Initially released as a single in Nigeria via Boom Records in 1979, the swinging funk cut is one of Kiki Gyan’s funkiest records with gleeful base lines and euphoric horns lined with pulsating organic percussive beats that pad Kiki Gyan’s simple yet charming vocal performance. The song, which he co-produced with Kofi Ayivor (although he was uncredited on it), is his ultimate ode to the genre he loved most, disco;  with every element encouraging the open expression of emotion via dance. The record made its way into countless ghanaian radio and tv programs in the 1990s and early 2002s and is one of the standouts on his posthumous release. The b-side to the record “24 Hours in the Disco” is another seminal cut from his discography that preaches the gospel of getting lost in the electric funk under glittering lights in gloomy clubs. Unlike most of his records, these songs survive via the aforementioned posthumous collection still available today.

This appears to be his first solo LP released, although this is unclear. Again it was via Boom Records in Nigeria and remains inaccessible today despite having what we believe to be some of Kiki Gyan’s finest pieces of music. “Sunshine Baby” is the song you imagine falling in love to. The iridescent record is a heartwarming swirl of honeyed melodies like sometime from the Jackson 5. The atmosphere is modulated but the regular arp-like phrases, rhodes keys and whistling electrosonic sounds that lift you into this dreamy mood as you follow Kiki Gyan on his quest for sunshine. “We Make Music”, however is where he flexes that legendary music ear, blending various synths from the same tonal register with magnificent precision to a calming yet disco-inspired mood. The sounds you hear might be more familiar in 80s pop and house and it’s quite magnificent that Kiki Gyan expresses such mastery before the turn of that century. We would leave you to discover the ultimate easter egg on the record. It is currently out of production but you can stream it via Merlins Nose Records. 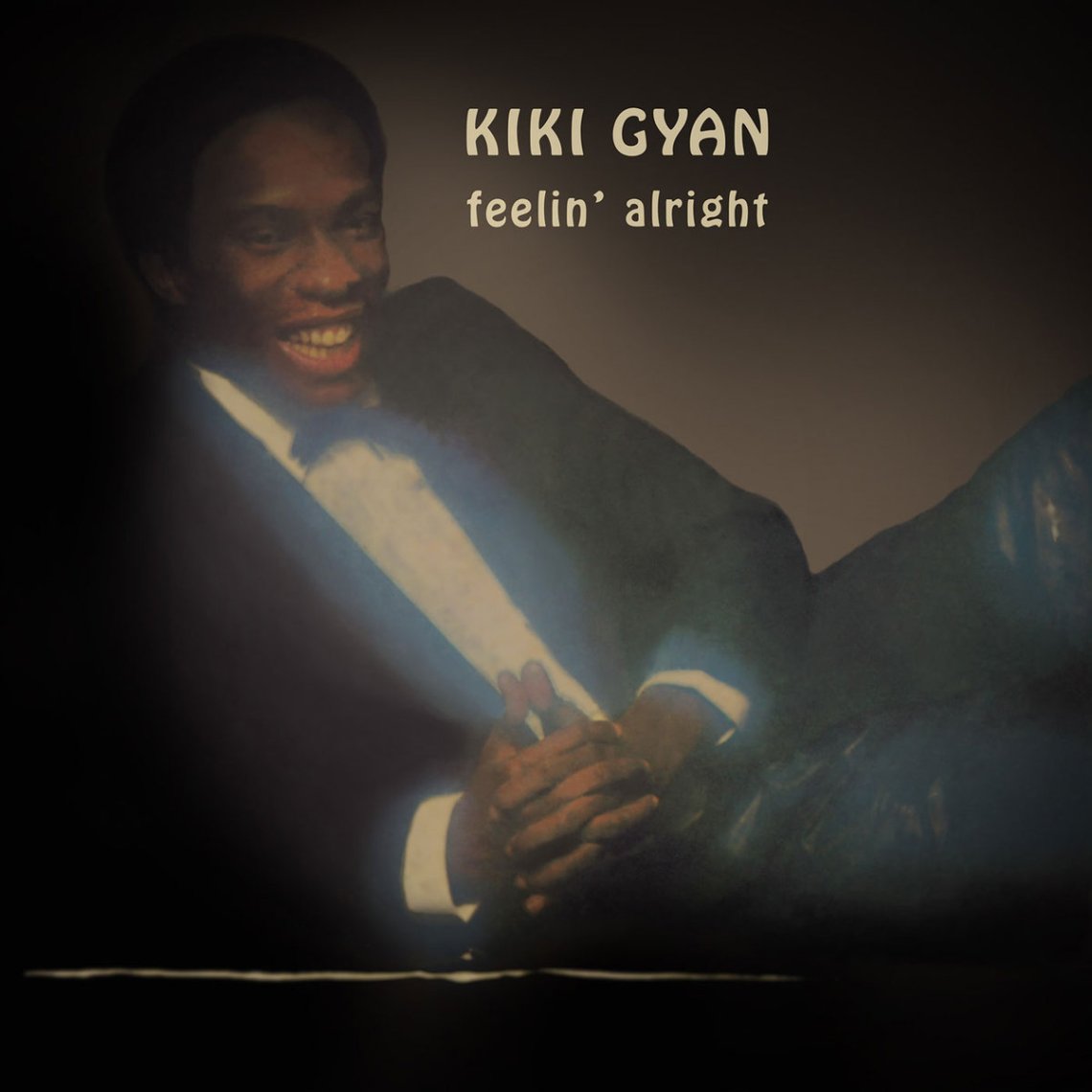 In 1983, Kiki Gyan put out what is believed to be his final solo LP in New York. The 8 track album is a return to the highlife roots of his Osibisa days with disco and funk playing more of a binding role. The songs here are a lot more structured, according to standard of commercial pop music, away from the long and instrumental moments on his early work. However it is not any less magnificent. “Rosemary” for instance is this loud big band ballad that slips in and out of the acoustic glide of early highlife. “Feelin alright”, the title cut, is also particularly moody with a prominence of base phrases and somewhat melancholic lyrics. The records sonic signature is somewhere between Earth Wind and Fire and Lionel Richie with charged interstellar instrumental performances. However the overall sound seems to gel with the general sound of the 80s, and feels eclipsed. Yet it is an absolute charm to listen to today.

Kiki Gyan certainly recorded a lot more music in his lifetime but a lot of it is inaccessible for many reasons. This list also deliberately excludes the music he wrote/produced/arranged for Osibisa, including Seaside Meditation, Dance the Body Music, Who’s Got The Paper and his work as a session musician. All known credits are available here