It is halfway through the year already and we’ve had some amazing releases by African musicians across genres. A surprise album from Wanlov, which is more than welcome and Oumou Sangare’s stunning return from 8 years of absence have graced us with so much to choose from. Amidst this abundance you might not have noticed some of these tapes that we at DANDANO have truly enjoy. Instead of waiting till the end of the year, we’ve decided to draw your attention to these gems. So in no particular order, African music released in 2017 that you should pay attention to now ranging from afro-latin and north-african fusion to afro-pop.

Fueled by their mutual desire to express themselves creatively, Alex Wondergem and Eli present a collaborative audio-visual experience that expresses the angst of being a creative youth in Accra or any cosmopolitan African city, titled Buying Our Freedom. The 6-track EP released independently, is set against the backdrop of political chatter, religious constriction and and creative energy oozing through the city. Initially previewing this tape early in the year, I was drawn to the organic feel good energy that characterised the project and magnified the deep-seated themes addressed on it. Whether through skits of political speech or blaring highlife horns, Eli with his temperate voice found a way to magnify the genre-bending beats Alex Wondergem produced. The duo also understands the need to have a visual narrative to accompany the project. With the help of a perceptive videographer, Will Niava, the journeys and experiences on road trips to Yamoussoukro or hanging out in Accra on a Sunday morning come to life though crisp, cinematic images. Buying Our Freedom embodies the positive collaborative DIY attitude permeating the Accra creative scene.

Listening to Ria Boss is like basking in a cool breeze on a hot day by a beach with crystal clear water, singing calm in the restless ebb and flow of the waves. The Ghana based singer’s voice is as soulful as it is serenading, reminiscent of the late 90s neo-soul movement and feels perfectly engineered for producing strong and honest songs. Her debut EP, Find Your Free typifies this. Initially discovering her on SoundCloud through the song, Sade Groove, Ria Boss has extended her natural talent on this EP with poetic song writing and mellow, moody self-produced songs. Flame On, probably the best song on the tape also sees her show how strong soulful can be as she honestly, shares the personal emotional journey she embarks on, on her way to personal discovery.

Krs. is one of those produces who rules SoundCloud with mesmeric remixes of hit songs from all over the world. The Jamaican producer roots his sounds in the bass heavy soca/dancehall vibe but reinvents it through electro-dance grooves. Soca & Blues Vol. 1 is his first cohesive body of work out where he curates a carefully crafted sound, filled with trap drums and polarizing synth loops off the loud carnival vocal style. Composed largely of remixes, the tape is definitely one for the summer with alternating warm and cool moment for dance-friendly brilliance. Falling, originally a sound by Kes The Band is transformed into a polarizing pop songs with massively imposing baselines yet maintaining the free form flair of Soca. This an many other form show just how much Krs. is investing is doing more with the music around him.

YEAHMAN is another serendipitous find we sincerely hope you enjoy. The 5-track EP, released via Frente Bolivarista, is an ode to afro-latin and other African grooves. The samples and chilly chords on this tape lend it a spooky mystical atmosphere. Yet each sound sways towards a Bodhi Satva deep house cut with hollow 808s and other spaced out percussion work. Overall, the artist managed to minced and combine different musical traditions and comes up with a wholesome sound. Hasta (La Source), the first track on the tape starts off with icy, chords and a muffled vocal chant sample similar to some from Oumou Sangare, that ends up becoming the main body of the song once the pacy drums kick in. 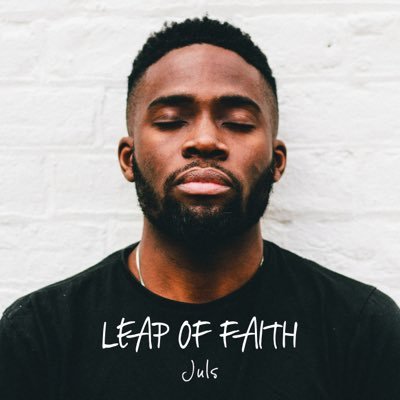 The current afro-pop sound of Nigeria and Ghana has become the continent’s best musical export and most of its engineering is owed to Juls. The hardworking producers has successfully transitioned from a DJ with a deep passion for highlife grooves to the sculptor of the “new-age” afro-pop sound (whatever that means). On Leap of Faith, Juls transmits the bravery and anxiety of his life into the music as the tape reverberates themes of courage and self-doubt that go with being creative. The 9-track LP contains the basic elements of his sound, largely composed by reducing the basic elements of highlife, i.e the horns sections and psychedelic guitar riffs, them slowing them down to a steady, patient grove so the melody simmers over the moody and hollow 808s so prominent in his work. Brevity also works in the tape’s favour as the sounds gel together and don’t sound drawn out or tedious. However, it does have a tendency to feel too similar after a few listens. It’s slightly disappointing that Juls didn’t exhibit the other sides of his skills set by bring some Dilla-inspired hip-hop cuts on this. However, he has maintained the habit of providing a platform for upcoming talent and you’re likely to encounter one of the next global African stars on Leap of Faith, than anywhere else

We hope you do enjoy some of these releases and feel free to share what you’re currently rotating with us.