Richard Bona has managed to have a substantial impact on the African music scene over the past years by staying consistent and relevant. The exceptionally talented bassist and afro-fusion aficionado has carved a niche for himself with his strong affliction to serenading charming rhythms, tingling falsettos and his stellar dexterity in composing complex, detailed and flexible pieces of music. His magnum opus and Grammy nominated Album, Tiki, typifies his style of layering songs with syrupy vocals, accompanied by mellow jazz drum loops and groovy bass lines. His latest album, Heritage has a different character from the rest of the work in his catalogue. 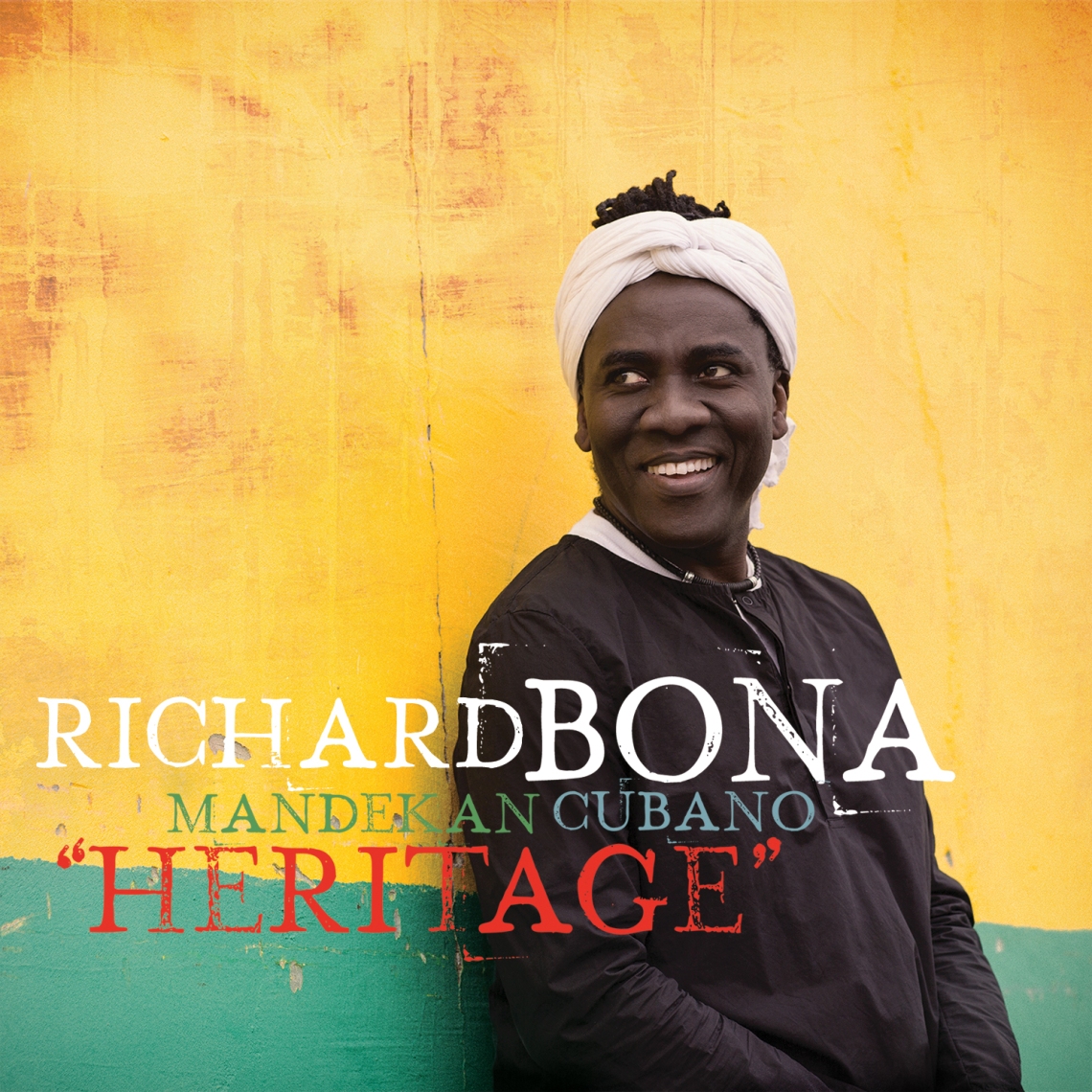 The Cameroonian’s sixth studio album recorded with his new Cuban band, Mandekan Cubano explores the nexus between Afro-fusion and the Portuguese and Spanish influenced Afro-jazz and soul. The collaboration also hints at one of the motifs on the album, which is the duality of the African and Afro-Cuban history and culture. Heritage strays slightly from Bona’s signature sound as most of the songs on this LP embody the big and bright Cuban band style with fierce trumpets and lively Spanish guitar scales. The charming and dance friendly rhythms do not fight Bona’s own sound but rather happily accompany them to create an album with a pulsating yet calm atmosphere.

The record bears a striking resemblance to Miles Davis’ excellent Spanish record Sketches of Spain. Bona like Davis cannot shake the intoxicating allure of this foreign sound and accepts the challenge to learn and appreciate it. The 40-minute long, 12-track album is a courageous and bold tribute that allows the listeners to experience the bliss of a successful collaboration. The album unfolds like a carefully arranged jam session. Each meticulously placed cut brings out a different facet of the artist’s approach to Cuban Afro-soul and jazz. Because the two sounds are sculpted from the same rich Africa tradition, the don’t struggle to find a tangent or grove.

Kivu, the standout track on this tape sums up the ethos of the project. Leading with a lulling piano progression and acoustic guitar and conga drum loops, the song brings the complete sonic energy of brass from the trumpets accompanying Bona’s crooning on the low tempo ballad. The perfect balance that each element finds in the crowd of influences is the cream on this collaborative cake, leaving your ears with a sweet taste that you will crave.

However, Heritage is not all calm but has its feisty moments like on the final cut, Kwa Singa. This song begins with a dark and eerie sample like something from an Earl Sweatshirt album before suddenly exploding into an expansive multi-layered anthem with Bona’s delivering a spacey, orchestral chorus. Jokoh Jokoh also furthers the Caribbean feel the album has with the tinged conga loops and brass medley. This dance number has salsa written all over it but lies close to Bona’s typical free flowing falsetto style. The zest of Afro-Cuban jazz and soul is strong on the record. Only on the A Capella interlude, Ngul Mekon and the intro track Aka Lingala Té does Bona go back to the musical direction of his past records with a minimal, stripped down call and response reprise.

Heritage will be a slightly different taste for long time Richard Bona fans. Yet, for new listeners it will be a healthy introduction to his genius and firm believe in blending diverse musical styles and influences. You would expect that Bona would have enlisted the help of an Afro Cuban singer like Daymé Arocena to add to the contemporary appeal of the tape. However, he handles the singing in Douala without a hiccup. In addition, at just over 45 minutes, most of the 12 songs appear to linger longer than they should. The composition tries to make space for all the instruments but begins to feel tedious and repetitive at some point.

Regardless, Heritage is a splendid effort laced with eargasms for Afro-Cuban fans and a strong crossover appeal due to its calm yet fierce atmosphere. Richard Bona, despite his experience, continues to grow as an artist and master the magic of fusion. On this album, he manages to blend cultures and personalities without being an overbearing imposter. He sits comfortably among his Cuban friends as they have an electrifying jam session with good music floating in the air.

Heritage is scheduled to be released in the US on September 16 but is already out digitally.