Contemporary South Africa music tends to be driven by electronic music, especially post apartheid music like Kwaito. Musicians in the 80s, attracted to the warbly yet syrupy sounds from cryptic synthesizers, organs and guitars helped lay the foundations for the deep house and Kwaito craze that dominates current South african music.

Bubblegum pop and soul group Umoja’s seminal album 707 (originally released in 1988) is being reissued in May this year by Awesome Tapes. The 4 track album epitomizes the use of synthesizers and vocoders to warp and distort disco melodies and sculpt outlandish yet dance friendly hit music. Led by multi-instrumentalist Alec Khaoli, Umoja’s record 707 went on to attain double platinum status in South Africa and helped establish the little known genre of Bubblegum Pop in African music. 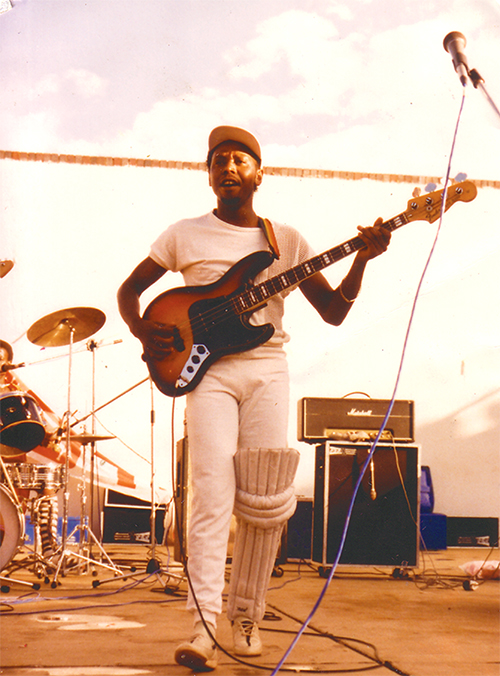 Today, Awesome tapes seeks to make this classic and unique sound more accessible with the reissue. The songs on the tape are of familiar formulaic patterns with sparkly synths, disco drum loops and repetitive chorus pattern. Yet, the grit and and mechanical feel of the electronic instruments used lend it a unique flavor. Indeed the electro-sub-genre of Bubblegum Pop which deliberately sought to use such elastic and shinny melodies which appealed mainly to teenagers wrestling with their angst before Nirvana and the punk rock phase was very much alive in the underground scene in South Africa in the late 80s. Mashisa, by Magwaza which was in 2016 by Canadian label Invisible City Editions rekindled the interest in this mercurial sound, especially among house and pop DJs across the world

On 707, the song Take Me Higher for instance, feels like some late disco and early deep house record with the groovy riffs and and metronomic phrase repeated through out the record. Overall, 707 manages to compress everything that a futuristic pop tape should sound like in jutst 4 songs, with crisp, mundane lyrics about night life and throbbing core melodies littered throughout the songs. It feel much more fluid compared to some of the early electronic tapes from artists like Francis Bebey and William Onyeabor. With lyrics about bananas and playful melodies and distorted vocoder vocals on Money Money, the first song on the tape, 707 definitely takes the listeners to a time of carefree bliss.

It is imperative that sub-genres like bubblegum pop are not completely erased from our collective memory as a people as they remind us, not just of our foray into relatively unknown sounds, but also how much experimentation can shape our imagination and reconfigure our expectations of popular music. 707 will be released on May 7, via Awesome tapes and it available for preorder here.