Afro-Cuban and Caribbean music is a confluence of diverse musical styles including Spanish music, Jazz, Soul, native African music and traditions as well as the contemporary Cuban flair. As an art from, it can be serendipitous, electric, mellow or fiery. Daymé Arocena, on her most recent album, Neuva Era, is simultaneously breaking down and reconstructing new definitions and boundaries for this rich and ravishing genre.

At a tender age of 25, the classically trained, songwriter, choir director and bandleader has a voice powerful enough to captivate any audience. Afro-Cuban music is beginning to gain traction among contemporary listeners, led by spooky Yoruba-soul sisters Ibeyi and their hypnotic style. Daymé Arocena follows in a dissimilar but related direction with her debut album aptly titled Nueva Era. The 10-track LP was released in 2015 with the help of Giles Peterson and Brownswood Recordings.

What charmed me to this tape was Daymé Arocena’s fierce look on the album artwork; the all-white background, white shirt and head-wrap made the ambition reflected in her eyes pop. And believe me, at no point on this album does this ambition seem blurred or does she appear ambivalent or lost. Her vocal dexterity and nuanced song writing combine to produce a warm atmosphere, no matter how foreign the music may sound. You trust the artist to lead you through the depths of emotions explored.

Each song is distinct in its own way whilst remaining aligned with the general relaxed and patient direction the album takes. The title cut on this record, Nueva Era announces her ambition of ushering in a new era in Afro-Cuban music. The song employs a choral style, where the artist uses pieces of her vocals to build up the core of the instrumental. Arocena, being the creative force and prodigious choir director and bandleader from childhood adds a twist to it by singing the same lyrics repeatedly, in varying vocal styles and echoic arrangements that wraps in the song in a haunting dark cloud.

The stand out song Come To Me is a mesmerising ballad where Arocena flexes her vocal dexterity on a bare, lonely grand piano instrumental. She draws you into the spell of the song with the calm way in which she approaches the theme in the song. Without realising, you are totally immersed in her cry for love, singing, “Come to me” along with her. Don’t Unplug My Body is the album’s most dance friendly song. The song has a livelier upbeat tempo from the rest of the tape and reinforces Arocena’s ethos. The Bossa Nova style composition is complemented with bellowing horns and a charming solo at the heart of the song.

It is not just melodies and harmonies for the young but seasoned singer and songwriter. Always in all white, her appearance announces her Santeria faith, a Yoruba based belief in saints, whose themes, saints, rhythms, chants and adlibs form the soul of her musical tradition. Her fervent adherence to her faith in sound and style is admirable and glosses her music with an extra layer of uniqueness. When you hear or see Daymé Arocena one time, the next time you instantly recognize her.

This albums weakest selling point happens to be its transience. Most of the ten songs do not go beyond three minutes and the whole thing wraps up in a meagre 38 minutes. It could all go by in a blur for a passive listener. However, the mood and atmosphere generates a memorability that makes you crave for more. Arocena definitely had a niche audience in mind but has created a record that has a lot of crossover appeal in its warmth, unpredictability and excellence.

Neuva Era is a debut effort bursting at its seams with confidence. Having already achieved so much, Arocena has even more ahead of her with her new era. The careful combination of confidence and skills leaves her perfectly poised to continue to outdo herself. 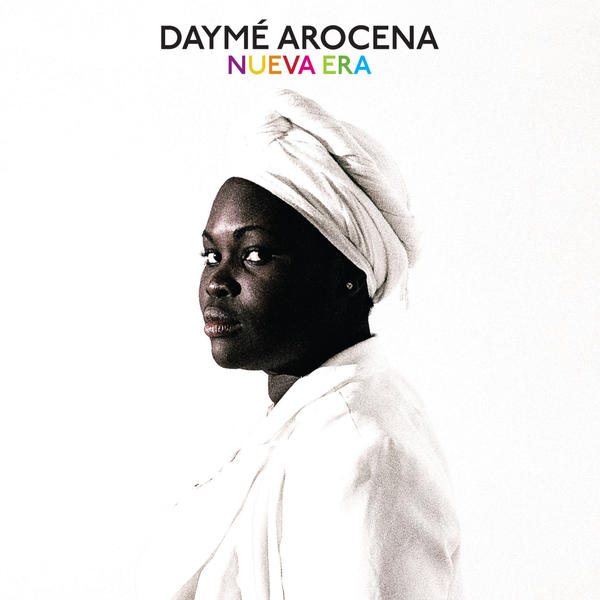