The 2017 documentary, This Land, directed by Miki Redelinghuys narrows in on the people of Makhasaneni in KwaZulu-Natal and their struggle to overcome governmental neglect, a corrupt traditional hierarchy and the threat of corporate interests.

During apartheid, the family and forbearers of the indigenes we spend time with were forced off their land at the expense of white farmers. That is how they came to find themselves at Makhasaneni. It has since become much more than a home but the activities of a mining company looking to exploit iron ore make the fear of eviction real again. The prime question posed is the issue of land ownership post-apartheid. There appears to be no working policy to protect the poor blacks though we learn of stuff like the Informal Land Rights Act and the Ingonyama Trust, which holds a tonne of KwaZulu-Natal under the auspices of a traditional leader.

The people of Makhasaneni woke up one day to find a mining company prospecting on their land. Their land had been sold by the traditional leaders and not one of them were consulted, we learn. But there’ll be no points for guessing who suffers from the polluted land and water laying waste to subsistence and farming activities. There is a sense of betrayal in the community. The total disrespect really disturbs them. It eerily hearkens back to darker times for them, when white faces were doing the evicting and forcing them to be nomads in their own land.

“This is war”, a frail but spirited elderly man tells us in the first scene of this documentary. “The chiefs are supposed to take care of us and not burden us”, he adds, summarising the neglect and exploitation of their traditional leaders. This story extends beyond the people of Makhasaneni to other communities, like Babanango, where, preposterously, parts of the community woke up one day to find they were surrounded by a game reserve with wild animals serving as carriers of diseases that wreaked havoc in their livestock.

The most important thing This Land does in convince us of why their land is worth fighting for despite the odds. Land is everything for the Makhasaneni; tradition, myth, legacy, dignity and livelihood. One of the townsfolk we spend time with and a key player in this documentary, Mavuso, tells us of the promise he made to his father. He vowed to make sure his father’s grave was not touched and his remains undisturbed. It’s a fate that has befallen other communities and the people of Makhasaneni fight to make sure their traditions and idea of legacy remains untainted. Our director beautifully captures the vast KwaZulu-Natal landscape, looking pure as the day God first sculpted it from the earth, giving you a certain conviction that any fight to preserve its sanctity is worth it.

As This Land unravelled, it became the tale of two Fela Kuti songs for me – well kind of. Firstly we have 1990’s O.D.O.O (Overtake Don Overtake Overtake) and Water No Get Enemy from 1975. O.D.O.O., slowly becoming my favourite Fela record as I age because it feeds into my misanthropic disposition, rung in the back of my head as I watched an ailing village try to resist the (probably deliberately) faceless evil mining corporation. It mirrors some aspects of land struggles here in Ghana, and most definitely across the continent. Despite the original sin stemming from the horrid Apartheid days, the fangs sinking into the necks of Makhasaneni are not from white former-occupiers – not directly at least. 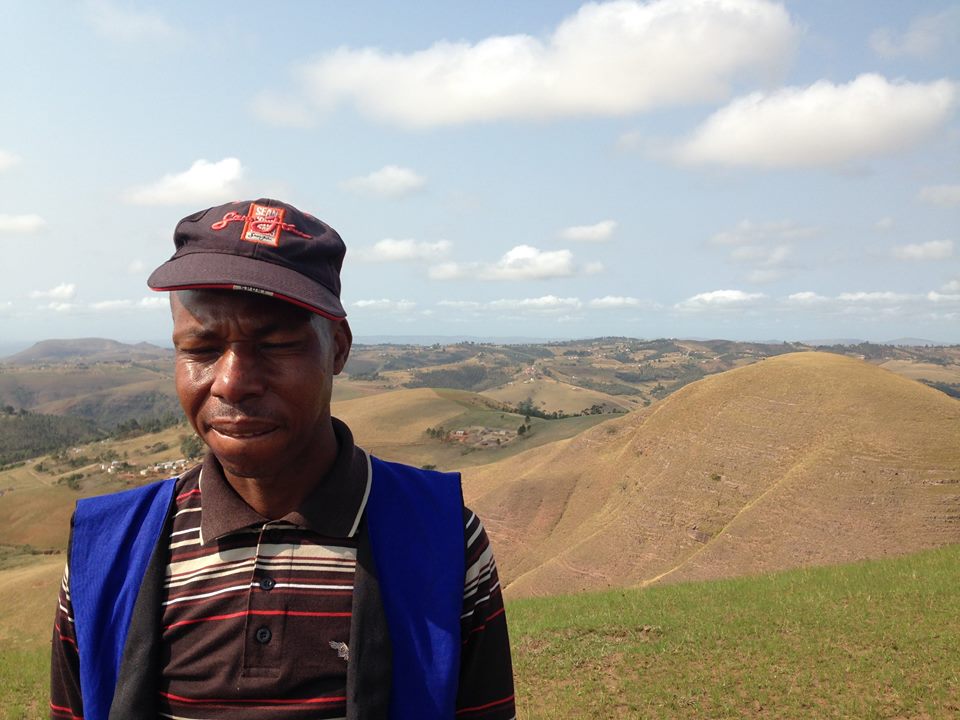 “Na now he come understand him life. Enjoyment can never come him way. Na now him life dey go reverse In Africa, him fatherland,” is the lyric that leaves me in a state of disquiet from O.D.O.O.. It’s the denouement to the story of a man saving hard to buy a fan to provide some respite from the heat. But the government keeps screwing him over. This chap is pretty resilient despite the price hikes and taxes. “My friend he no wan die. Die-die no dey for him dictionary,” Fela tells us at a point. This is definitely true of Makhasaneni, even when their fight for their land becomes a matter of life and death. But will enjoyment ever come their way?

On the other hand, the Makhasaneni’s struggle brings to mind the Gold Coast Aborigines’ Rights Protection Society (ARPS), formed in 1897, which successfully fought against the colonial Land Bills that sought to give the colonial government a significant hold over public and some privately owned land whilst resigning to the past traditional land tenure. Not to compare the people of Makhasaneni to the ARPS, but they are on the right path if poor South African natives are to see some justice. The ARPS laid a foundation for Ghana’s independence and affirmed that water, indeed, has no enemy. This Land does give us immense cause for optimism, without sugar coating the magnitude of the struggle at hand for black South Africa. It’s a shame the people at the forefront of this struggle don’t appear to have the backing of traditional leaders, like the ARPS had.

Running at a brisk 48 minutes, we spend most of our time with the Makhasaneni and I had little issue with Miki Redelinghuys’ subjective approach. However, picking the honest thoughts of the traditional leaders (some of whom we meet for a brief period) would have added another compelling layer to this story. Ultimately, This Land, whilst providing the necessary insight, serves as a call to arms for those of us who have slumbered for far too long. But more importantly, it offers what encouragement it can to indigenes everywhere fighting rightly for their due.

Lover of the bleaker pleasures of cinema... and some good trash. View all posts by Delali Adogla-Bessa